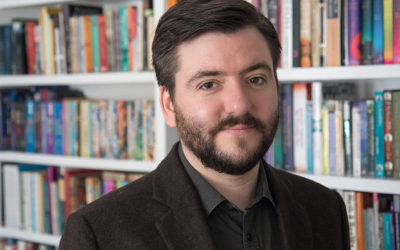 Andrew became Chief Executive in January 2010 after five years coordinating Humanists UK’s education and public affairs work. His writing on humanist and secularist issues has appeared in The Guardian, The Independent, The Times and New Statesman as well as in various journals and he has represented Humanists UK and Humanism extensively on television news on BBC, ITV, Channel 4 and Sky, as well as on television programmes such as Newsnight, The Daily Politics, Sunday Morning Live and The Big Questions. He has also appeared on radio on programmes from Today, You and Yours, Sunday, The World Tonight, The World at One, The Last Word and Beyond Belief on the BBC, to local and national commercial radio stations

He is a former director of the European Humanist Federation (EHF) and is currently President of the International Humanist and Ethical Union (IHEU) and a trustee of the International Humanist Trust. He has previously served as head of the IHEU delegation to the Council of Europe in Strasbourg and has represented humanist organisations to the United Nations (UN) and Organisation for Security and Cooperation in Europe (OSCE). In other humanist roles, he has served as a trustee of the Conway Hall Ethical Society, and is a former chair of the Gay and Lesbian Humanist Association (now LGBT Humanists, and part of Humanists UK). He has advised on Humanism for the Qualifications and Curriculum Development Authority, the Department for Children, Schools and Families, the BBC, the Foreign and Commonwealth Office, and the Office of National Statistics among others, and for ten years was a member and then Chair of the Westminster Standing Advisory Council on Religious Education. He was a member of the Advisory Group for the Humanist Library at Conway Hall and, in a previous post in the office of Lord Macdonald of Tradeston in the House of Lords, provided the secretariat for the All Party Parliamentary Humanist Group. He also served for many years as a director and trustee of the Religious Education Council, the Values Education Council, and the National Council for Faiths and Beliefs in Further Education.