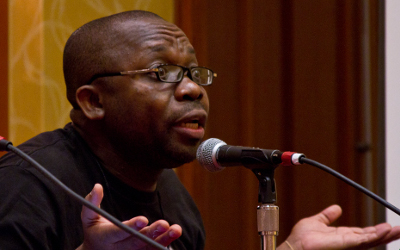 Nigerian human rights advocate and humanist. Igwe has specialized in campaigning against and documenting the impacts of child witchcraft accusations. He holds a Ph.D from the Bayreuth International School of African Studies at the University of Bayreuth in Germany, Igwe has held leadership roles in the Nigerian Humanist Movement, Atheist Alliance International, and the Center For Inquiry—Nigeria. In 2012, Igwe was appointed as a Research Fellow of the James Randi Educational Foundation, where he continues working toward the goal of responding to what he sees as the deleterious effects of superstition, advancing skepticism throughout Africa and around the world. In 2014, Igwe was chosen as a laureate of the International Academy of Humanism and in 2017 received the Distinguished Services to Humanism Award from the International Humanist and Ethical Union.